Prologue
It was a normal night for the Eldridge family, until… 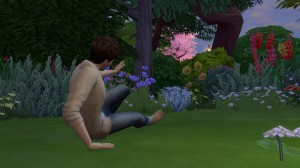 Chapter 1: Waking Up
He woke up in an unfamiliar place. 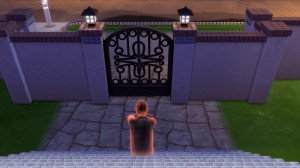 Chapter 2: The Empty House
He tried to face the facts. And then more facts turned up. 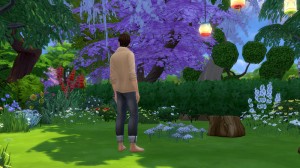 Chapter 3: Afterlife 101
It’s time for some answers, but the answers aren’t nearly enough… 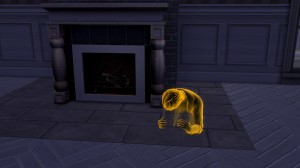 Chapter 4: The Time(less) of Regrets
Sonny has too much time on his hands. And too many things to regret.

Chapter 5: The Broken Family
Sonny wasn’t the only one whose life was shattered that night. 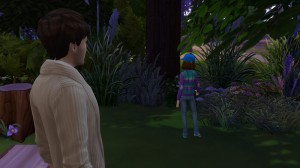 Chapter 6: Lost and Found
Sonny gets lost, but finds a friend.

Chapter 7: The Wild Carol
Growing pains and changes shake up the life of the Eldridges.

Chapter 8: Going to Be Okay
Carol tried. She really did…

Chapter 9: Not So Happy Returns
Sonny wallows in loneliness, until…

Chapter 10: How to Stop Running
…and how Carol made her decision to go back to where it all began. 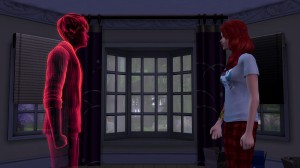 Chapter 13: Routine
Carol is settling into a new routine. And soon she can see Sage again…

Chapter 14: Anger
Sage is happy with his new house. But something’s not right…

Chapter 17: Evilness
Sonny is not evil. Why does he have to keep reminding himself about it?

Chapter 18: Progress and Blunders
Carol has her own problems to deal with.

Chapter 19: Worry
Mixed emotions and confusion are sometimes too much. Sage gets upset.

Chapter 20: Frozen
A world loses and Sonny finds something important. 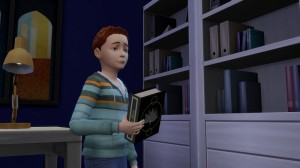 Chapter 21: Secret Books
Sage wants to prove his ghostly friend that his grandmother doesn’t have secrets. And of course he finds some.

Chapter 22: Decision
Sonny feels like a bad person, but that’s not going to stop him from trying to stop being dead. 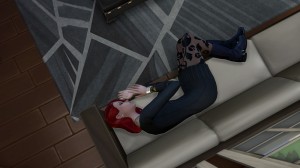 Chapter 23: Walls of Memories
There are so many moments stuck in the walls of the Eldridge house. 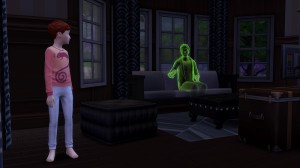 Chapter 24: The Happy House
Both Sage and his secret ghost friend are happy that Sage is finally home.

Chapter 25: Ellie
Sage has taken on a big responsibility, but luckily he has living friends too in addition to the dead one. 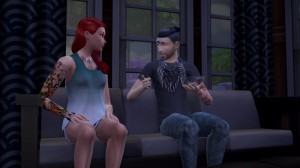 Chapter 26: Doomed Days
Some days feel like they’re doomed from the start, but maybe something good can still come out of them…

Chapter 27: Hunt for Confidence
Carol asks a friend to help her find her confidence. 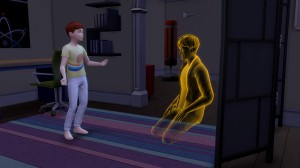 Chapter 28: Friendship
Sonny realises he really has made a friend, and it scares him.

Chapter 29: The Plunge
It was time to talk. And to find.

Chapter 31: Clues and Smiles
Sonny and Id have a heart-to-heart. It’s more informative than either of them thought.

Chapter 32: On Addie’s Trail
Sage’s quest to find out more about his secretive, ghostly friend begins. 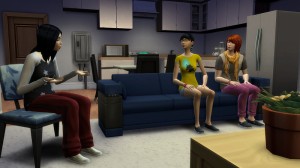 Chapter 33: Jingyi
Sage and Ellie locate one of Addie’s friends. Then fate steps in.

Chapter 34: Deadly Meeting
Sage didn’t want to end up where he was, nor did he want to meet the man he now faced. Few people did.

Chapter 35: Recovering
Sage is not okay. 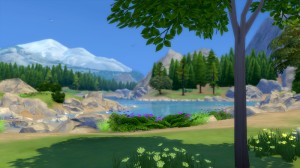 Chapter 36: The Secret of Granite Falls
Sage looks for the Death Flowers and finds some happiness. And maybe a road to a place that shouldn’t exist as well.

Chapter 37: Between Universes
Sage walks on the echoes of parallel footsteps that lead to forgotten secrets.

Chapter 38: A World Where…
Addie is happy to hear that Sage now has a lead on the Ambrosia. Sage thinks about a world where…

Chapter 39: Planting the Seeds
Sage’s garden is finally started. He ends up sharing it with an unexpected friend.

Chapter 41: The Plunge II
Carol is again making things harder than they need to be.

Chapter 42: The Short Life of Iradekakir
Id and Sonny talk, and the Garden remembers their stories.

Chapter 43: Cells, Space, Love and Friends
Sage runs away from his mother’s wedding preparations to spend time with friends and ponder plant cells. 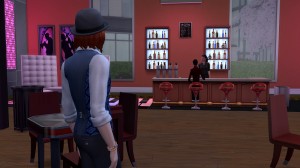 Chapter 44: Wedding Tunes
Carol and Akira get married. Someone crashes the party. No one but Sage notices.

Chapter 45: Young Love
Sage and Ellie research and think about all the things between death, flowers, family, and love.

Chapter 46: Tragedy and Romance
Id and Sonny try their hand at helping souls again. This time it works a bit better, maybe.

Chapter 47: Reliable Wild People
Despite their less than stellar track record with playing detective, Sage and Ellie try one more time. This time by hiring an actual people-finder. 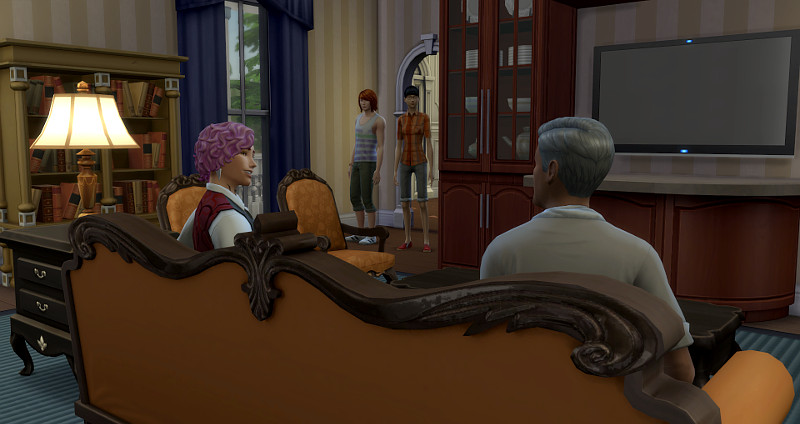 Chapter 48: Unpleasant Truths
Waiting is hard, but sometimes the end of it makes things even harder. Sage gets some of the answers he was looking for.

Chapter 49: Fight
It was bound to happen sooner or later…

Chapter 50: Calculating
Heart-to-hearts and plans in the dead of night.

Sweet SimStories for all to read

A Sims themed journal through the eyes of Shadami

An Alien Adoption Challenge by Seraphaeli/Cyazurai

Wendelyne
We Belong to the Song

It's a song where you know you belong

Life in the Sims, and Sims in real Life.

Starting Over - Escape to Nowhere - A Sims 3 Story

Stories from the Darker Side

Where sims and sanity don't quite meet

Stories from the Soul

The Stories and Legacies Index

A virtual library for all Sims Stories and Let's Plays

Seeds of the Desert

No Stars over Uptown

Not all prisoners are trapped in cells...